By Jasnil Pramod - December 09, 2019
Qualcomm revealed their new flagship processor which we will be seeing in phone coming next year. The Snapdragon 865 is a 5G capable chipset with improvements to the 4G technology. We are expecting the first phone with the new Snapdragon 865 in the second quarter of 2020. They also announced Snapdragon 765.

The new 865 is also based on the 7nm processing like the previous 855. The GPU has seen an upgrade to an Adreno 650 and starting with the Snapdragon 865 you can update your graphic drivers from the playstore and not wait for the OEM to push an OTA update. The CPU are clocked upto 2.84 GHz and is based on the Kryo 585 CPU architecture. 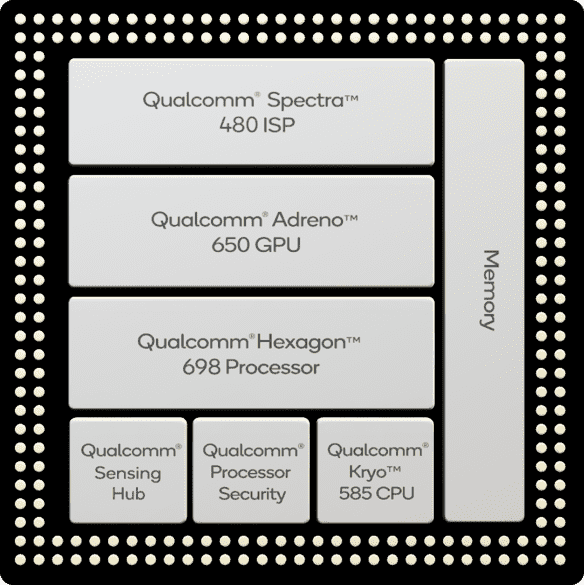 The biggest upgrade has been done in the camera department. Smartphones have replaced a digital camera for everyday photography for many people and the gap seems to be closing even further. The Snapdragon 865 had added support for video capture in Dolby vision along with an option for slow motion video capture at 720p 960fps. You can also take a photo while recording a video. It also has support upto a 200MP sensor.

The big thing now a days is 5G but it still is not integrated into the chip but needs a separate the Snapdragon X55 chip. But more OEM's are going to implement the 5G modem in the year to come.

Qualcomm claims that the Snapdragon 865 to be 25% faster than the 855 and also is 40% better with the camera. We will have to wait for the next generation phones to see the true potential of these new chipsets as we are expecting the first phone with a Snapdragon 865 to lauch at MWC 2020.