This Samsung Display will cost you 12 Crore INR! 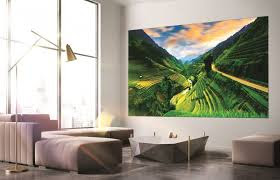 As we all know when it comes to displays, Samsung is the first brand that pops to our mind. Well that's fair enough because samsung makes some of the finest displays out in the market. Wether it comes to sharpness or the picture quality there's never a compromise.

Samsung TV's have always been on a bit costlier side compared to some other brands. But this time they've took it to the next level creating a astonishing mark of 12 crore Indian rupee. Samsung recently launched the largest and the most expensive display available in India which they call "The Wall". This massive LED starts at a price of Rs 3.5 crore and bumps upto Rs 12 crore which most of us won't even dream of spending on a display. They call it a Micro-LED display.

Now talking about the technology involved, this display is built on 0.8mm pixel pitch technology. It also comes with MicroLED instead of standard LED which offers a much better contrast making it more sharper. Is is also more energy efficient than standard displays. It also comes with Samsung's AI picture enhancement and some other improvements. It relays on Quantum HDR technology equipped with Quantum Processor Flex with AI picture engine. It offers a peak brightness of 2000 nits and screen refresh rate of 120 Hz.

Quantum Processor Flex is a machine learning based engine that can analyse millions of image data in a short period of time and further calibrating the resolution according to display. It can also be connected to any Operating System through physical ports enhancing the ease of use to customers.

Samsung stated in a press release "With a depth less than 30mm, the slim, bezel-less infinity design along with customizable deco frames allows the display to blend seamlessly into its surroundings, ensuring no disruption to the desired ambience". This statement tells us that it's designed to fit-in for any purpose, from your very own house to a corporate place. But at the end of the day would you sit back and enjoy the display without giving a second thought of the price you claimed it for?
Daily News