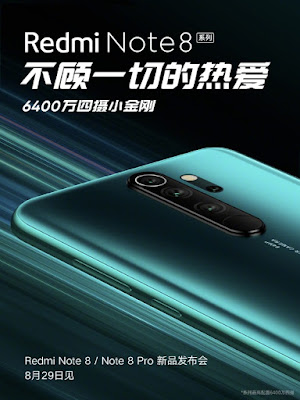 Redmi Note Series is in continuous hype and we've constantly been receiving many leaks regarding the Redmi Note 8 Pro which will be a total beast in terms of specifications and camera. So let's quickly look at some main highlights the phone will be offering.


This time Redmi seems to be quite focused on the camera department, making this one of the unique selling point in Note 8 Pro. The phone comes sporting with a quad camera setup which is confirmed to have a 64MP, 8MP, 5MP and the a 2MP lens. Realme has already released a 64MP camera phone though Redmi Note 8 Pro will be officially the first phone with a 64MP camera to go on sale. The phone also has a 25MP front shooter which clearly makes it a camera-centric device.

Looking on the gaming side of things, it also seems like Redmi is now targeting the budget gamer's around the globe. The phone is officially confirmed to have gamepad support and dedicated liquid cooling system. This will be the first phone under 20,000 to support a gamepad as you can see in the image below. 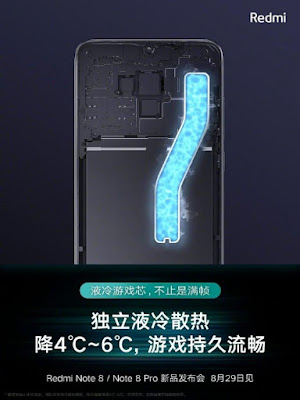 So let's see how the phone performs when it finally goes on sale starting from China then later to the other countries in the Asian market. If you like the post do check out our other post on Redmi Note 8.
Daily News Smartphone Leaks