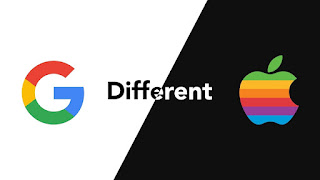 Apple is excessively different from Google. It follows an approach of hardcore testing inside its organizational structure & total secrecy. It only releases products which we can blindly trust are the best in its class and supports them as long as you might use the device. Google on the other hand follows a different approach of releasing unfinished niche products in the market and keep improving them as years pass & also if it does not sell it might be killed by tomorrow. So will spend a $1k bucks for a smartphone which is not finished & might die by tomorrow morning or invest in far better supported & complete device?
Its not a secret. Google builds the best software in the world. Due to years of ripping our data through their AI powered mega-swards & our ridiculous use of their services there is hardly a person in the world who isn’t using google services. Google apps runs on material design which is far different than Apple’s architecture of apps which makes me think will you buy a smartphone which has different UI for your most used apps & different for the OS?

We are heading into a world where every device in our house is connected and synced with our smartphone. Android is an open platform & thus can run on any device and also due to OHA almost every major manufacturer of smart devices uses android while Apple follows a closed approach having a close system & develops every product in-house due to which I doubt if Apple’s iOS will ever be a platform which can sync all your devices. So will you invest in a ecosystem which is syncble across all your devices or have a smartphone different than every other device in your house?
Google rips off our data everyday! They store tons and tons of our data which they collect due to our ridiculous use of their services everyday & now if someday a brilliant hacker hacks into its servers he might get to know which porn site you visit daily to the mobile data information of your most loved ones. Apple on the other hand has a different approach of collecting data it collects data on anonymous scale for example if I am travelling from Aurangabad to Pune daily it will never know that Rahul travels from Aurangabad to Pune daily but it’ll know how many people like me travel from Aurangabad to Pune daily. This approach has both cons & pros but it totally makes Apple less vulnerable to cyber attacks. So will you buy a smartphone from a company whose reputation has always been ripping off your data or one which respects & secures your data?
So what’s your score by now? Mine currently 2–2. So this one will decide it all.

Apple & Google are both titans of the technology industry of the world. These both companies have values & vision and a way from which they look at the world. You’ll say ytf should I care about how these companies look at the world? but believe me it’ll help in deciding the way they look at the devices they make. Its from Apple’s privacy initiatives to Google’s AI based approach, It’ll all decide the way your future will work. From reading your morning schedule to setting alarm for tomorrow while going to bed whole world relies on these two giants solely for making our everyday a bit better. They both carry a responsibility to be what they are today tomorrow and for years to come. Competitive at one end & making the world a better place together on the other hand.