Android 'Q' will be known as

android 10 instead of desert names

This Thursday google announced android Q or android 10. You heard it correctly google  changed its naming strategy and this is a huge surprise for many tech enthusiast out there. In addition to that they also changed their Android logo.

According to IDC, Google Android’s worldwide share of the OS market is poised to grow from a staggering 85.1 percent to 86.7 percent. In other words, if you work for and organization anywhere in the world, there’s a good chance you’re reading this on an Android device right now.

Google’s Pixel phones will obviously be the first one to  get the latest Android 10 on official release. Pixel phones are part of the beta testing and any user with these devices can enroll for the program and get the new version of Android Q or Android 10 on their devices.

➤ What users can expect?

The most immediately and  noticeable change is the removal of the “back” button, opening up full gesture-based navigation on 10 or Q. 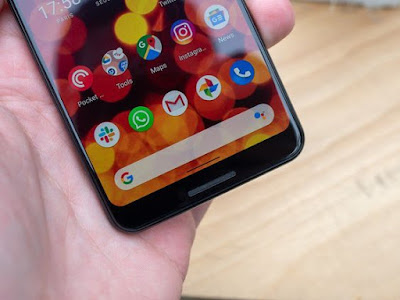 There should be a gradual removal of navigation icons as they  reach it's logical conclusion with this newest OS version, putting Android on show with other leading device manufacturers.
There will be  new, buttonless world, it’s easy for a user to get distracted by the endless scroll of social media ↽ even in the middle of the work day. Google thought of a way to combat this with an update called as the  “focus mode.” The idea here is that an employee using a device for work or personal use should be able to segment those aspects of their day. Human nature says we can’t, but technology says we can . Focus mode allows users to specify apps they would prefer to have disabled as they work or perform critical tasks.
The new dark mode and custom themes round out are the  major cosmetic changes, and while these themes in particular are highly popular updates, they will have little effect on user productivity or security. That stands in stark contrast to what, outside of enterprise changes, may be the most significant new feature as it pertains to user security, privacy and overall experience
➧ Do check out here more info about Android Q !!!