By Rutvij Hadap - October 22, 2019
Google has been working for quite a while on its project named "Soli", it was announced back in 2015 at I/O Developer Conference. Google's ATAP i.e. Advanced Technology and Projects team has been working on this project since then. The goal was simple, to create a sensor that is cable enough to understand human gestures smartly to change the way we interact with technology in today's world. 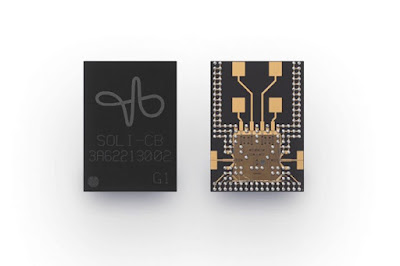 The Google's Soli Chip is a special purpose chip which is meant to track the motion of human hand to a microscopic scale. This chip can track can track sub-millimetre motion at high speeds that too with tremendous accuracy. Talking about the size the chip is just a few millimetres i.e. 8×10 mm which incorporates a miniature radar as well as a antenna array onto the same chip. The chip is incredibly power efficient and has a 360 degree motion sensing angle and can even detect motion through various materials. This piece of technology brings us immense possibilities to be explored in the near future, the compactness and power efficiency makes it fit for almost any application we can think of. Some main highlights of this chip are as below:

● How Does Soli Chip Work ?

The Soli Chip is based on the principe of radiation of electromagnetic waves. The chip continuously emits electromagnetic waves creating a bubble around itself. When a object interrupts it, the beam reflects back information back to the antenna. The beam gives information about frequency changes, time delay etc. from which the sensor can detect the type of interaction. Google's makes the use of machine learning here to help the radar detect complex finger movements and enhance the user experience.

● Benefits For the Future Devices

Project Soli has shown us a way we could possibly interact with the electronic devices in the future. Well personally I'm quite excited to see how Google will encorporate this sensor into it's future devices. The very first device has already made it's move into to market which is the Pixel 4 and 4 XL, you can know more about these devices here. Below is the image of Soli Chip integrated in the Pixel devices. 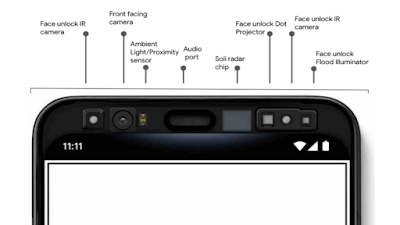