By Jasnil Pramod - August 31, 2019
Today as it stands Intel has majority of the desktop/laptop processor market. AMD used to be a pretty good competitor to Intel years ago but then came AMD's fall. After that Intel has been just releasing new architecture with minor improvements and Still owning majority of the market. But lately with the release of AMD's Ryzen lineup which is based on their new Zen architecture they have disrupted Intel's market share and AMD has continued to deliver good processor with Ryzen 2 and Ryzen 3. Things are also looking great on the server side with AMD's EPYC lineup. 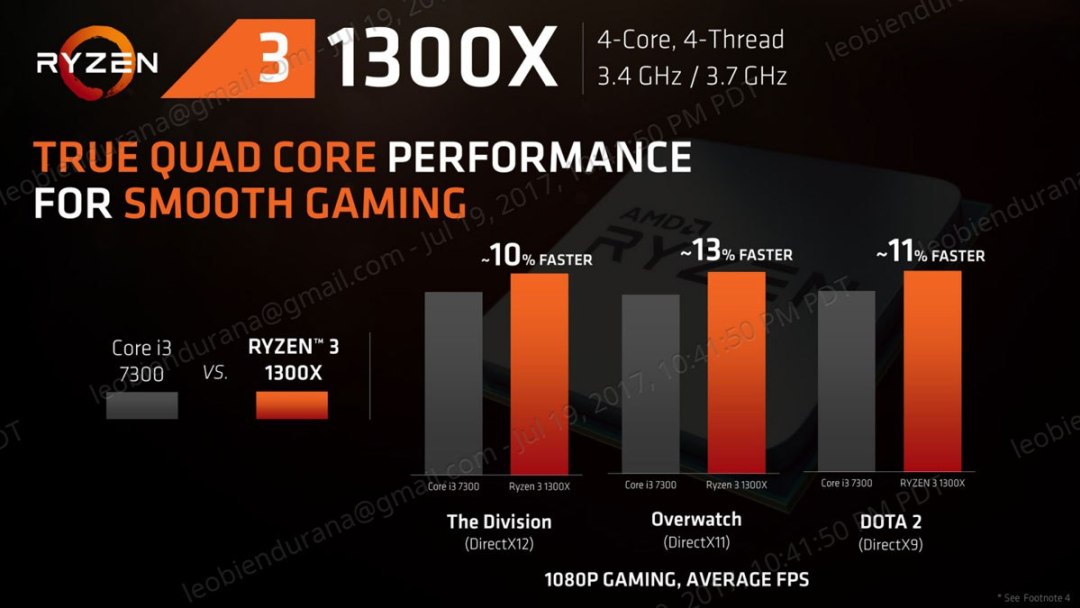 Intel has struggled to make big leaps in processor performance and are were not even able to make 10 nm processing to their chips. But Intel finally announced that their 10th Generation ice lake series will have 10 nm processing. Well this is good news but at this point Intel is a little late to the party as AMD is currently on the 7nm processing. This is mainly due to the production strategies of these companies Intel makes their chips in their own manufacturing unit as on the other side AMD contracts their production to TSMC (Taiwan Semiconductor Manufacturing Company). Even the mobile chips of Apple and Qualcomm are made here. Not to mention the other Semiconductor Manufacturing faint Samsung has also made 7 nm processor.

Coming back to the 10 Gen processor Intel lauched 14 different processor in Computex 2019 and also have a new series of Intel Gen 11 integrated graphics.

This also lead to a new and confusing naming scheme although the i3,i5,i9 series continue for example the core i5 1030 G7 the number succeded by i5 ha sa 4 digit number in which 10 represents the Generation and 30 the model number. The G7 stands for the version on integrated graphics. The the U series and Y series will not be mentioned in the name. 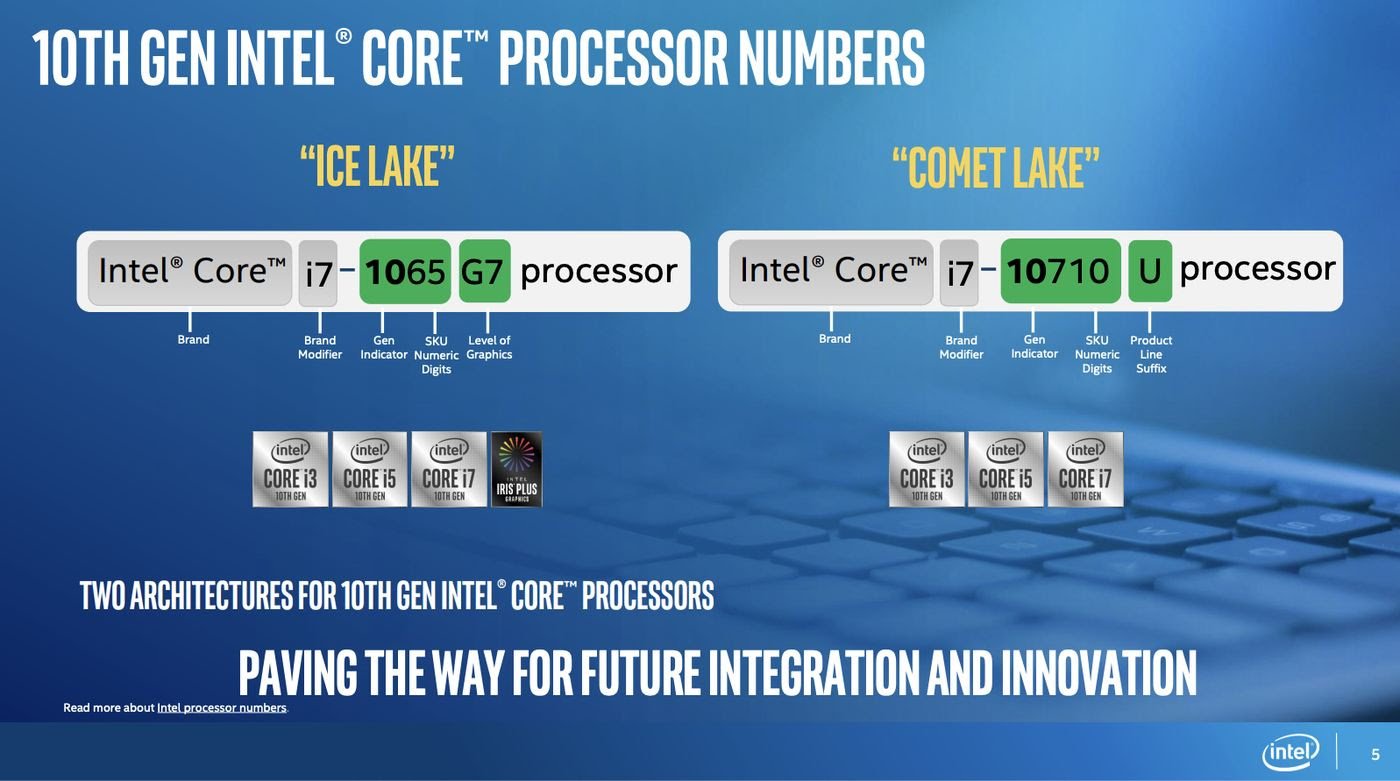 The ice lake architecture is not the only one introduced in the 10th Gen line up as 8 more Comet lake architecture CPU's we're lauched which are based on the legacy 14 nm processing and to make things more confusing another naming scheme. 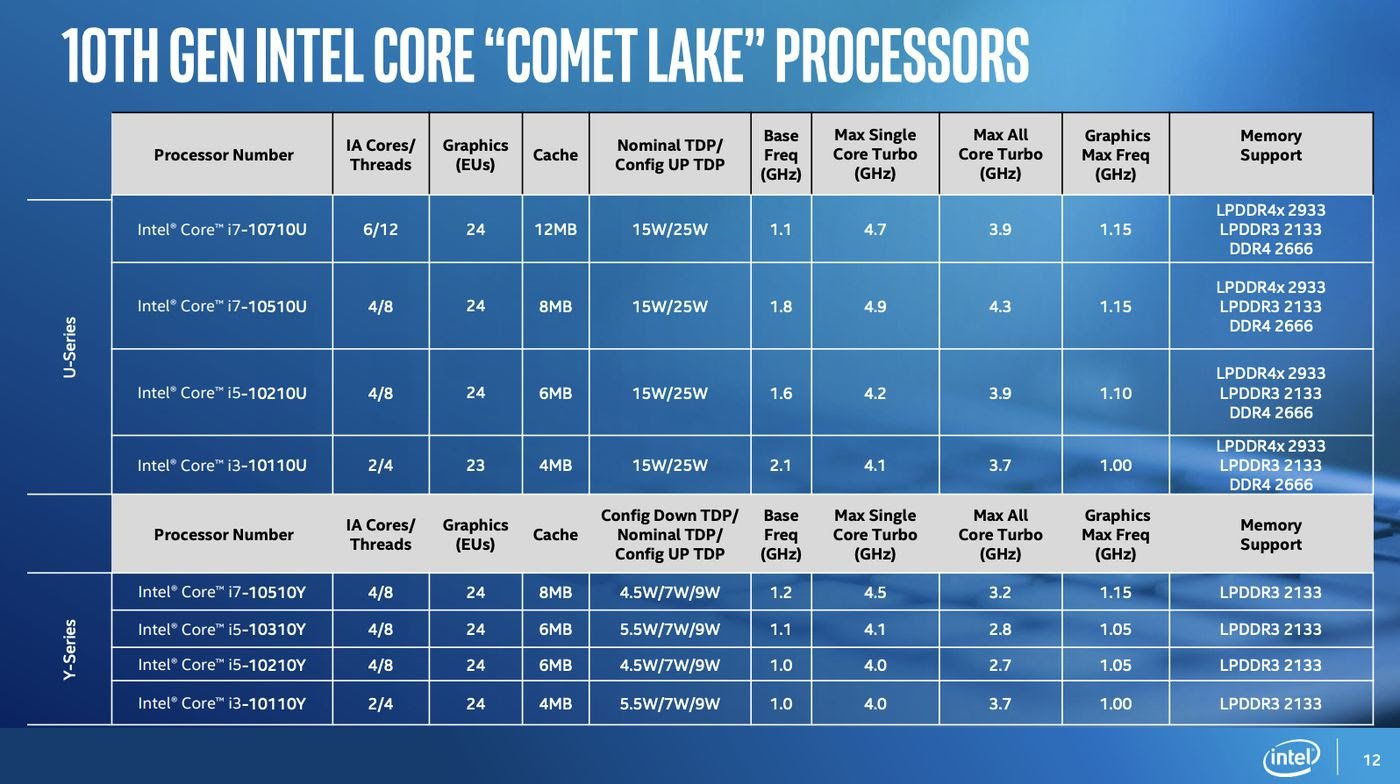 Both of these architecture are made for light weight laptops but the comet lake series would not have the Gen 11 integrated graphics. The other differences can be seen below. 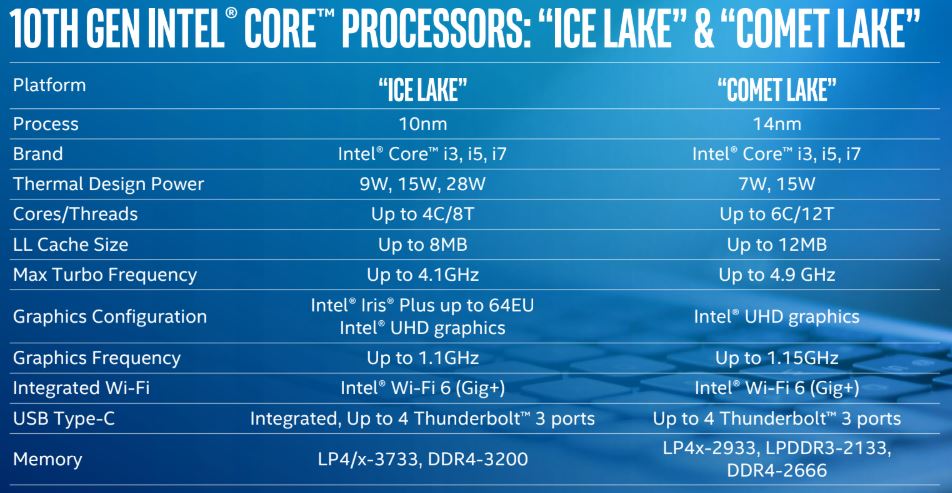 Will this change anything on AMD's side of thing is question able. Although the competition only seems to be increasing as the smartphone chip manufacturer Qualcomm has started making chip for laptop with power efficiency in mind. With all this Intel's future is not looking bright but we will have to wait and watch how these new CPU's perform.