Chip made with "Carbon Nanotubes" instead of silicon

By Rutvij Hadap - August 31, 2019
As we all are used to the traditional silicon wafer used to power our computer processors and other hardware, there has recently been a experiment in silicon valley where the computer chips were made with carbon nanotubes. This marks a new milestone in the world of computing. 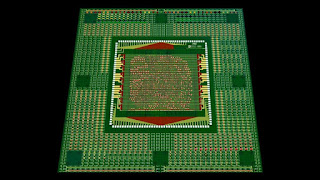 The prototype is not completely ready yet, though everything inside the processors starting from tiny switches to transistors are made from carbon nanotubes. The prototype is not yet as compact and versatile as the traditional silicon version, but it can be more faster and energy efficient.

The semiconductor is the heart of every transistor which either acts as a conductor or an insulator. The "on" and "off" state is represented digitally by 1's or 0's. An electrical engineer at MIT say's that,  "the performance gains have started to level off now", the traditional silicon transisters we have cannot be made much smaller and more efficient than they already are hence we needed a new innovation. Qing Cao says that "this is a very important milestone in development of this technology". 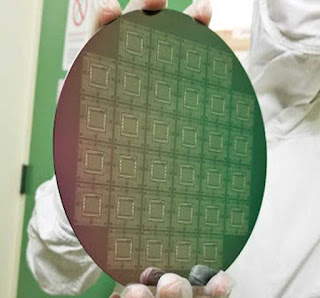 Carbon nanotubes are already much thinner and electrically better, giving them advantage over silicon as a better semiconductor. According to reports the carbon nanotube processors can run three times faster consuming one-third less energy than silicon ones.

The main problems faced to build carbon nanotube components is that the material win too fussy when it comes to building advanced and complex computer systems. Another issue is that, when a network of carbon nanotubes are put on a wafer, the carbon nanotubes clot together preventing the transistor from working. One more problem is that each batch of carbon nanotubes contain 0.01 percent of metallic nanotubes which cannot flip between conducting and non-conducting states properly.
Daily News Tech Highlights