By Rutvij Hadap - January 12, 2020
OnepPlus recently showcased their new smartphone in the CES 2020 which they call " Oneplus Concept One", this is the first concept phone from OnePlus which is basically a OnePlus 7T Pro McLaren Edition with some technological upgrades. So let's have a look at what makes it different from the standard OnePlus 7T Pro. 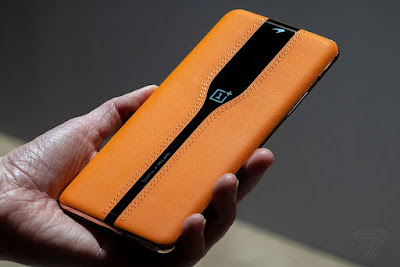 The specifications offered by the McLaren edition are the same as the maxed out variant of OnePlus 7T Pro i.e. 6.65-inch display triple camera setup at the rear and 16 MP pop-up front camera. It comes with 8 GB of RAM and 256 GB onboard storage. It's got a powerful Snapdragon 855 processor under the hood and a 4085 mAh battery.

Now talking about the build, the phone looks absolutely stunning in this premium orange leather finish which definitely matches the interior of the luxury sportscar (McLaren). 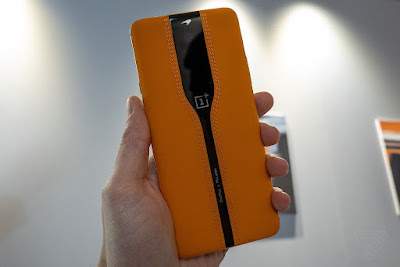 As smartphones these days are rocking more and more cameras at the rear, the overall design seems to feel ugly at the rear and hence OnePlus has come up with a solution for this problem. They've used a special glass at the rear which gets opaque when current is passed through the glass which tints the camera lenses making them disappear. The lenses will reappear when the glass becomes transparent enabling you to take pictures. 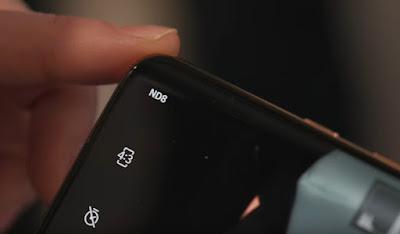 Another highlighting feature in this phone is the neutral density filter. This is a feature that is introduced for the first time on any smartphone. The ND filter helps you to easily control the exposure of the image. This filter stops light from reaching the camera sensor thus enabling to leave the camera lens with a higher aperture for a longer time.

So these were some of the major highlights of the "OnePlus Concept One" smartphone. This is a smartphone truly designed for McLaren lovers. Let's see for what price does it go on sale for all this premium leather build.
Tech Highlights