By GadgetGuruji - September 26, 2019
Following the series of 4K resolution, RealMe has brought the XT to focus on growing market in India towards high resolution camera phones. 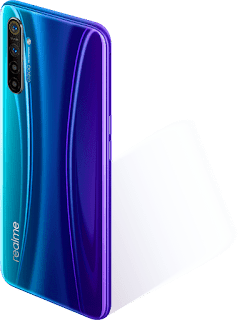 In it's advertising campaigns, RealMe is coming up claiming XT to have "64MP ultra high-resolution sensor, the highest resolution sensor on any smartphone*. Its Tetracell and 3D HDR technology lets you take crystal clear photos under any circumstances". Clearly, it's addressing new era of Quad-Camera in android-world. Leading ads made with National Geographic Photographer Aaron Huey as our Chief Photography Officer underlines the strategy of the company. 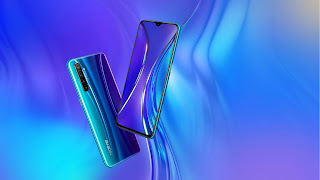 The Realme XT update improves the quality of photos, performance for camera previews, and bumps up the Android security patch level on the XT to September 5, 2019. Realme’s first 64-megapixel camera phone, Realme XT was launched in India earlier. But most interesting stuff remains above, it's brand new software technology that will be game changer in android section.It's both "Pearl Blue and Peearl White" models with 3D hyperbolic curves make it's look astonishing and exotic, clearly considering the trend of iconic back-covers and rear designs.

The auto dark mode is another feature, previously used in premier automobiles that recognises lighting according to day/night. It'd be intriguing to watch how Indian crowd will respond to these features.

Another feature that widens eyes of gamer is Snapdragon 712 platform. The Qualcomm® Snapdragon™ 712 Mobile Platform is engineered for key experiences on mobile devices: AI, gaming, performance, and power.Considering use of Speech recognition, booming gaming market in Asia and battery storage issues, compared to earlier Snapdragon 710, devices powered by the Snapdragon 712 mobile platform are designed to better manage battery usage, auto-adjust settings for pictures, and understand your voice cues more naturally.

Let's grab some videos and technical specifications of XT and indulge in this amazing world!