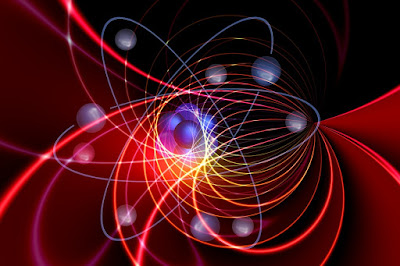 Quantum Machanics is explained as a part of science that describes the behaviour of various atomic and subatomic particles like photons, neutrons electrons and other particles. Unlike classical mechanics, in quantum mechanics we deal with a probabilistic approach. The particle may or may not exist in a particular place at a particular point in time, there is always a certain uncertainty. That's one of the reason why the laws and equations of classical mechanics are not applccsble in quantum mechanics.

Recently there was a new study published and approved by The European Physical Journal D, the authors are theoretical physicists Fabo Di Pumpo and Matthias Freyberger from Ulm University in Germany. They present a mathematical model of Quantum Momentum that is related to another concept form classical mechanics which is "Time Of Flight".

On classical mechanics momentum of  a body can be obtained by measuring the time it takes to travel between two points, then finding its velocity and then multiplying it by mass. But these two physicists have developed the quantum equivalent model for this experiment in which time and distance play a opposite role. The time points are fixed and then the probabilistic position of wave function at each point is estimated and then the distance between them is calculated. This method uses an additional quantum system called pointer which is coupled with a wave packet by using Von Neumann method. Pumpo and Freyberger were thus able to derive a measurable quantity that is quantum equivalent to time of flight in classical mechanics.
Tech Highlights